Barefoot in a museum … not!

Today I came to Dali museum in Figueres, Spain, and was informed by the staff — including the manager, that I am not allowed in barefoot as I was. They said that it is the rule of the museum. I asked to see the rule in written, seeing that people with barely any footwear (wearing only flipflops) are allowed in. I didn’t get any reasonable explanation nor did anyone show me the rule or the law that would forbid me to enter. They just insisted. That was it!

I am a cultured — albeit always barefoot and thus perceived as eccentric — member of the society, facilitator of group processes, writer and speaker, I won cultural awards and I’ve been to many museums and cultural institutions barefoot, INCLUDING the Dali museum I was just denied entrance (that was quite a few years ago).

I tried to explain this to the staff, but they wouldn’t listen, they forced me out, gently because I didn’t react with violence. I was just asking for a concrete explanation, but I am not stupid to fight against prejudiced repression, exercised over me by short-witted clerks and “managers”. 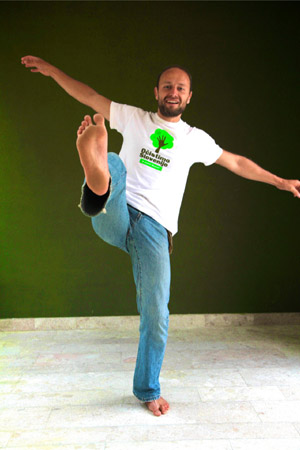 Seeing this I can imagine even the eccentric Dali, if he came to the museum today, being denied entrance due to some peculiarity of his outfit on some particular day. Forbidding the non-conformist creative social activist to enter the museum is against the spirit of the great artist, whom the museum is dedicated to. I am wondering what would Dali say to this incident, were he still alive?

Without sound reasons and without any written regulations an act like this is an act of mere discrimination. The staff of the museum degraded my status as compared to the other visitors because of a tiny element of my outfit — bare soles of my feet. Sitting in front of the museum I was observing the visitors’ feet, the majority was entering in very casual footwear — the kind that people wear on a beach or in the bathroom — showing their feet almost entirely. So the “rule” cannot be about indecency or culture.

Saying that the “rule” is about security is nonsense — the inside of the museum is a lot safer than most of the areas I walk around outside, on the streets, pavements, meadows… basically everywhere I go. If you are worried about legal complaints in case of any kind of injury on the premises of the museum, I can assure you that all barefooters will gladly sign a statement that they are entering the museum barefoot on their own responsibility.

I could paint two straps on the upper sides of my feet and fool the guards, or wrap a cloth around my feet to point out the nonsense of the “rule”, but that would send a message out that it is alright to discriminate barefooters. It would also irritate the staff, and I don’t like to spread bad vibes around people, particularly since it is not really their fault. They are sure they are doing their job and I wouldn’t want to spoil that or get them in trouble with their superiors. I wasn’t in this kind of attitude:

Actually, everything ended up really well — I’ve njoyed the morning sitting in front of the museum, listening to the street musicians and observing the visitors. And I’ve written this text.

I would propose to the manager, or to the governing board or the city council or whoever is in charge of determining the policies of the museum, to do one of the following:

1. start openly admitting baretfooters, if they are otherwise decently dressed and behave normal, and if there is no direct reason to assume that they could do any damage in the museum; be progressive, be open, be brave instead of being rigidly repressive against the human ingenuity (and thus regressive); in my experience the people who chose barefooting as their way of life are the people you can expect the least damage or harm from

2. if the first recommedatiton is absolutely out of the question, the other option would be to explicitly include the rule that barefooters are forbidden to the museum into your legal documents and publish it on the internet and elsewhere, so you can show the official statement to future barefooters — I’d like to see that rule in written the next time I come; if you would have shown it to me, I would have left without any complaints

3. publish this letter on your website including the poll with the question: “What do the visitors think about people entering a museum barefoot?”

The kind of problem I faced today originates in the fact that barefooters are extremely rare, usually living on the margin of the society. But with the trend of barefooting increasing our society is bound to face an increasing number of barefooters in the future.

I imagine that there was a time when it was unacceptable to enter a museum in sport shoes, sandals or flipflops. This gradually changed and all of a sudden people were allowed to museums in any kind of shoes, as long as there is something on their feet. I think it is about time for our culture to admit that shoes are no more a demarcation of culture than a tie. Wearing either of these, shoes or a tie, doesn’t prove anything about the level of culture of a person.

I hope cultural institutions such as museums are going to embrace the development of the human culture and be examples of openness to human uniqueness instead of being examples of bias and prejudice.

Page load link
This website uses cookies. We use cookies to see how you interact with the website, but this is always done anonymously. Still not sure? Read more about this in our Cookie Policy. ///// Ta stran uporablja piškotke za izboljšanje uporabniške izkušnje in za spremljanje podatkov o obiskanosti strani. Več o tem v Piškotki. OK
Go to Top