COP21 – when astrologists do weather forecasting

New Year will, understandably, come even for those who aren’t waiting for it. Well, the magic is in the waiting, and not in the New Year. It’s nice to wait for something, when you can be sure it will come. We waited in our lives for many things, we all know that, but what was coming always and for sure were only New Years.

In just a few days the fireworks will light the skies, and the year on our calendars will change, inevitably. Why? Because that is what everybody consents to. Our calendar is a conglomeration of quick fixes to now forgotten problems, which troubled our ancestors in days long gone. Now we all take it for granted. We take our entire society for granted; even when we complain about it we don’t really expect the essence of it to change.

I was in Paris for 10 days on COP21 and I looked at the unfolding of the negotiations closely. I observed everything – pretending I was from another planet. I watched the film La Belle Verte the day prior to going to Paris just to open the kind of mindset that would allow me to scrutinise everything as if I never heard the climate change lingo before. From that perspective the phrases used in climate negotiations were quirky.

Wherever I went, whatever I read on this subject was revolving around platitudes: one degree, two degrees, three degrees, fossil fuels, global warming, zero carbon, peak emissions, carbon offsetting, carbon depositing… I felt like a ten year old on a lecture on quantum physics.

Then I got on the bus and stood close to the driver, noticing on the speedometer that in the last few hours it traveled with the average speed of 11 km/h, with the average fuel consumption of 65 l per 100 km. For the majority of time the engine was idling at traffic lights, in traffic jams, waiting for passengers … I wondered what the big sign “hybride” on the outside of the bus actually meant? I read a few years ago a statistic that the immediate cost of traffic jams in Germany is 80 billion Euros per year.

Globally sitting in place while the engine is running we cumulatively waste 10 billion gallons of gasoline each year.

Alissa Walker put it so well: 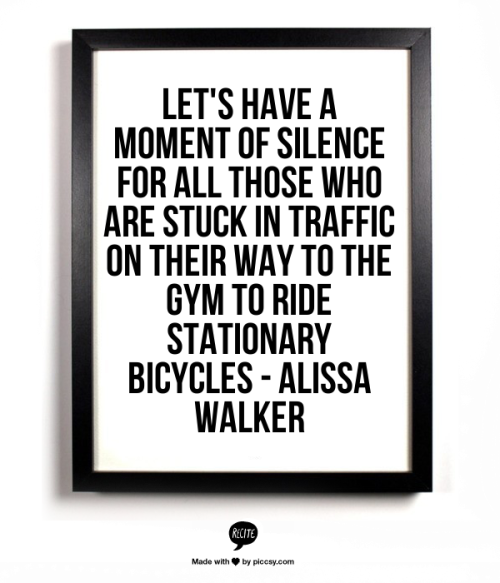 While all this futile burning of oil was taking place, the negotiators kept on talking. When they stopped talking and finally reached the global deal, the oil was still burning. In five years, it won’t burn any less, because the momentum of our civilisation is … well, let’s put it in the analogy of ship heading towards the iceberg: compared to the gigantic ship that we are on right now, Titanic, a hundred years ago, was the size of a children’s inflatable rowing boat.

I could see this when I rode on the Paris Metro every day. The endless river of people was reliant on the flawless functioning of the transportation system. And of everything else around them just being there as it is. They were taking everything for granted. They weren’t able to feel how fast they were rushing along because everything around them was rushing along. An Indian wisdom says that humans can’t feel time, because they are carried by it, just like clouds can’t feel wind, because they are carried by it.

People can’t feel the social “liquid” they are floating in which carries them on and on and on. So when the climate agreement was finally reached in Paris, when media reported and the world cheered, I looked carefully around. Nothing had changed, really. Our ship is still moving forward, even gaining speed! Environmental efforts are like blowing in the wind. To me COP21 climate agreement is like weather forecast drafted by astrologists, imagining the reality of their environment, now and in the years to come.

Ben Jennings depicted this so well.

I had a discussion with friends about the shape of progress that could be expected in the future. We agreed it’s not likely to take place as a unitary movement resembling a religion; it will rather be a very diverse, colourful, pluralistic transformation of the society bit by bit on the level of small communities or groups. The revolution is so much quieter because it is comprised of efforts that seem invisible individually, but as a whole they are immense. In this endeavour every single person counts more than they can imagine! This is where eco-communities come into picture as beacons of hope for humanity.

(A few years ago I’ve written about this in my blog The last hours of fleeting negativity.)

When you read this you might think that I am an optimist about the future of our civilisation. I am not. Even Hollywood superstars that spoke in Paris, like Leonardo DiCaprio and Arnold Schwarzenegger, even though their words were both intelligent and caring, didn’t increase my optimisms. I mean, guys, you are millionaires, you are taken care of. You are now flying around the world to fight climate change, but can you really understand the poor and rejected? My motto in this regard is summed in the words of George Will: “The nice part about being a pessimist is that you are constantly being either proven right or pleasantly surprised.”

So, when I finally returned to my community in Slovenia, I had to notice we are not immune to the insanity of the world. I can see how our small steps towards meaningful changes, when added up, are not small any more. I am not sure can they create significant changes. I’d love to be pleasantly surprised, and yet I remain pessimistic (should I say realistic?). I am not flattering myself for my deeds for the good of the world. Whatever I am doing for the world is actually for my own satisfaction, for my own good feelings, for my own peace of conscience, such is my inner disposition, my spiritual anatomy. There is nothing special about it.

I want to live a meaningful, comfortable life in the environment which suits me. The only difference between me and others is that my preferences are different. I have been asking myself in the last 10 years: “What is the ideal of human existence?” Recently I read a quote by Duško Radović which sums the answer in one line: “To live you need very little. To live miserably you need much more.”

That sums it all. At least for me. I am letting go of societal habits, I am questioning everything that is widely accepted. I am noticing how the simple act of slowing down by my own will is creating a tiny resistance to the entire civilisation. We don’t need to do anything special, we just need to stand firmly in our own slow position and the global system will feel that. The louder our acts speak, the more sense they have, the more people will join in. When many, many people join together in slowing down, that will be noticed and social pressure will then try to push us back to the speed of the majority.

I don’t think we’ll ever succeed if we just keep clasping each other’s hands in resistance to the wind. We’ll gradually give in. That is why we have to learn to unify the fabric of our networks, to attach it to the existing “Capititanic” as it is, to curve our fabric and align it so as to form a huge sail. I am not talking about a gigantic sail on the proportionally gigantic ship. I am talking about millions of small sails perfectly aligned, taking the small rescuing boats away from the giga-ship and using its momentum and the waves, spreading from the ship, for propulsion towards the future that makes sense. We can’t halt the momentum of our civilisation, but if we are smart we can use it for the common good. The time is ripe!

Looking at politicians in Paris, I didn’t see them coming up with their ideas and decisions. I saw, rather, how they were expressing our ideas and decisions, they were beginning to take them seriously – on the top political level. I learned long ago that politicians don’t create power, they just follow it. They are not sails, they are flags – they only indicate the direction of the wind.

Judging by the flags it seems that the wind is changing the direction and becoming more favourable for eco-communities, for environmental organisations and for plain people world wide. What worries me, though, is that the speed of the wind hasn’t changed, and it is hard to expect it will change in the near future. That is the objective reality we are bound to live with in the decades to come. Unless we hit the iceberg soon.

It’s nice to wait for something, when you can be sure it will come. The day when we celebrate New Year is based on the global agreement. So is the solution for climate change. What is common to these two social agreements is that they are both conglomerations of quick fixes to our self-created problems. The problem of the calendar is ancient; today the calendar seems to work quite fine. Our biggest threat in the recent years was Y2K, but we’ve gotten over that easily. In most cases calendar problems are conceptual and can be fixed by simple adjustments to the observed reality.

When it comes to climate change, the problems are not merely conceptual, they are actually getting more and more tangible every year. And yet it is impossible to foresee what the state of the world will be exactly in the next decades. Go back ten or twenty years and read what scientist predicted about the present day. and you will understand what I am saying. Things are constantly changing, it is impossible to know what the world will be like in 2050.

For the functional solution we would need a cultural reset, that goes deep under the surface. Political solutions have to do with what is obvious. Real, deep changes, happen only under pressure.

Whenever a really meaningful social change took place, the calendar changed as well.

That’s what I am I am waiting for! That will be the proof that we as global culture have matured: when we unite around a new global system of keeping track of time, a system which surpasses blind superstition and succeeds in integrating our natural roots with rational scientific outlook on the world.

It is exciting to wait for equinox, too, it will come no less than the 1st of January. My question is will we be there to greet it? As someone once said: “It is not hard to wait. It is hard when there is nobody there waiting.”

Learn More
This website uses cookies. We use cookies to see how you interact with the website, but this is always done anonymously. Still not sure? Read more about this in our Cookie Policy. ///// Ta stran uporablja piškotke za izboljšanje uporabniške izkušnje in za spremljanje podatkov o obiskanosti strani. Več o tem v Piškotki. OK